How big were the dinosaurs? Where can you unbury the history of the railroad in SD? Who built the Harney Peak Fire Lookout? Which museum holds the Guinness World Record for the most Teddy Bears in the country? You’ll find answers to all of these questions right here, in Hill City—our museums were created to satisfy your curiosity!

Despite the small size of our Southern Hills home front, Hill City has spent the last few decades making a local name for itself in the sphere of science and history. The Black Hills Institute of Geological Research attests to the area’s prehistoric past, while the South Dakota State Railroad Museum declares a rich state history on the rails. 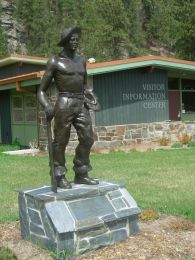 The Civilian Conservation Corps Museum of South Dakota honors the men who thinned trees, fought forest fires, built rock bridges and structures, planted trees, constructed fire trails, worked on soil conservation projects, built dams, pigtail bridges and helped frame the beauty of South Dakota –all for one dollar a day. Under a bill passed by Congress and signed by President Franklin D. Roosevelt, the CCC program existed nationwide from March 31, 1933 through June 30, 1942, during the Great Depression when no jobs were available. Families needed food and these men were willing workers who received housing, medical care, food and on-the-job training. The museum features a video of the history, artifacts, photos and printed roster of the men who worked in the CCC in SD, including many from North Dakota, Nebraska and other states. The museum is located inside the Hill City Visitor Center/Chamber of Commerce building at 23935 Hwy 385 just east of Hill City. Admission is by generous donation. 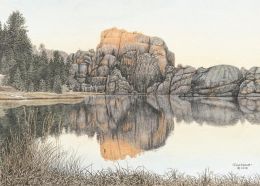 For more than 20 years, Jon Crane Gallery & Custom Framing has served as a portal into the Black Hills, and we are proud to host the best "guides" around. Jon leads a pack of artistic visionaries whose work is showcased in the gallery. We begin with his renowned watercolors—depicting rural America and farmhouse scenes—and add a variety of sculpture, hand-built furniture, pottery, and wall art, making the gallery the place to start your artistic trek.

One of Hill City's treasures!  A must-see and stop during your visit! 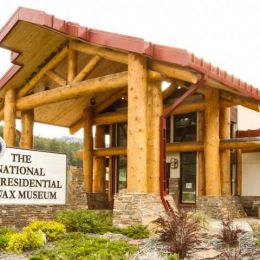 Located in the shadow of Mount Rushmore in the historic town of Keystone, the National Presidential Wax Museum is an impressive highlight on any traveler's itinerary. Featuring the works of world-famous wax artist Katherine Stubergh, the National Presidential Wax Museum features over 100 life size wax sculptures of some of the most iconic figures in American history. We invite you to witness the history of American Democracy from its inception. 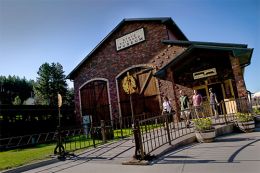 South Dakota’s unique landscapes spawned one of the most unusual and complex railroad histories in our nation. A history that helped define us as a people and as a state.

The Museum provides visitors with the unique story of railroading through displays, interactive exhibits, an operating HO train layout, and other interactive and educational displays for the entire family. The Museum is conveniently located next to the depot at the 1880 Train in Hill City. 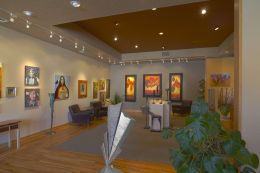 A Year - Round Art Gallery on Hill City's Main Street, we feature regional and U.S. painters, sculptors, craftsmen and other artists. In addition to the gallery's innovative leather frame designs, made and found only in Hill City, the gallery sells American-made leather hats and other fine apparel for men and women.